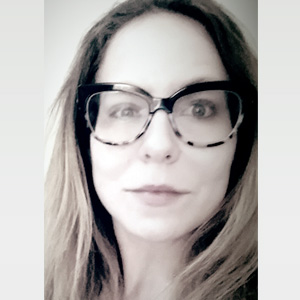 Professor of anthropology and visual culture at New York University–Madrid, director of photography and film projects and founder of the visual research collective. Between 2019 and 2020 she was the Director of cultural and educational programming (ASM) at the International Institute. Prior to this she was a postdoctoral researcher in the Collections Department at the Museo Nacional de Arte Reina Sofía, where she researched the production, circulation and exhibition of conceptual and political art in Latin America.

She received a PhD in Anthropology from New York University and a Masters in Visual Anthropology from Oxford University. Combining scholarly research with visual production and curatorial initiatives, her work examines how the past is reconstructed and the future reimagined through engagements with the remnants of political violence.

Her current book project, Worlds of Absence, analyzes the intersection of forensic science, modes of documentation, and image-making practices during the excavation of mass graves in Post-Franco Spain. Paying close attention to the circulation of forensic evidence, it asks what the entanglement between science and visual representation reveals about the production and mobilization of knowledge in times of economic austerity and political change.

Together with María Ruido y Paula Barreiro López, Douglas is initiating a new research project that mobilizes archival images in order to reflect upon memory, decolonization and revolution in Portugal by considering the afterlives of militant cinema. In January 2020, she will begin her tenure as a Marie Curie postdoctoral fellow (MSCA-IF) at the Instituto de História Contemporânea de la Universidade Nova de Lisboa, where she will analyze memory and forgetting in relation to the Portuguese Revolution and the return of Portuguese settlers after the African liberation movements in the project “Militant Imaginaries, Colonial Memories: The Visual & Material Traces of Revolution & Return in Contemporary Portugal.”