On 6 and 7 April, 2018, Paula Barreiro López will give the seminar Transatlantic Episodes (1950-1977): Crossings between art, politics and culture during the Cold War in Spain and Latin America, at the Faculty of Fine Arts of the Universidad Nacional de La Plata, Argentina.

This seminar aims to open a dialogue on relationships between artists, art critics, institutions and cultural agents from different sides of the Atlantic during the troubled period of the Cold War.

It is structured into two thematic blocks. The first focuses on the relations established between Spain and Latin America during the period of the Franco dictatorship, exploring not only the colonialist policy of Hispanity, but also the role that different Latin American enclaves played in the development of a dissident culture in Spain. The second is interested in the expansion of revolutionary practices in the wake of 1968 in Mediterranean Europe (Spain, France and Italy) and their contacts with Latin America, within the framework of the revolutionary movements that marked the global south.

The seminar is aimed at graduates and accredited as an option for the Master’s degree courses in Aesthetics and Theory of the Arts, and PhD in Arts. 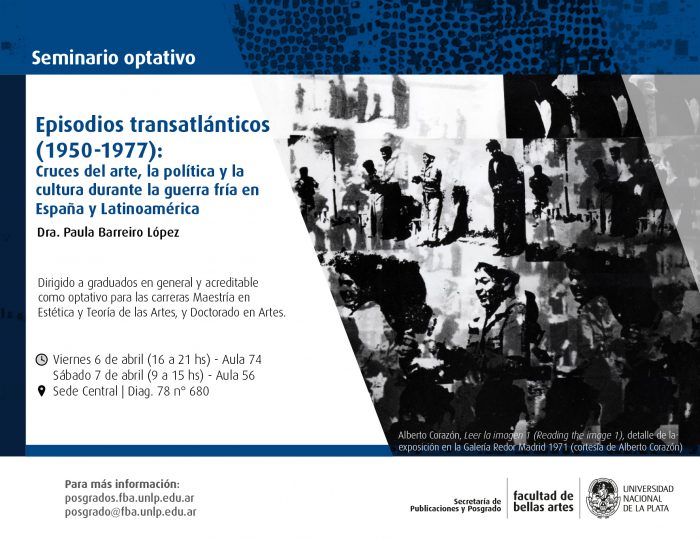